Phuket is also known as the “Pearl of the Andaman”, Phuket is a mesmerizing island which has harmoniously merged all elements of a tropical paradise with a touch of luxury, offering tourists an all-year-round water wonderland. Situated around 860 kilometers south of Bangkok, it is the country’s largest island nestled in the tropical zone off the western coast of Thailand in the Andaman Sea. Its white powdery beaches, tranquil broad bays, limestone cliffs and tropical forests, contribute to make Phuket one of the most busiest and well-known tourist destinations in the world.

In 1785, Thalang town was surrounded by Burmese troops who invaded the coastal area. It was under the leadership of Chan, the widow of the governor, and her sister, Muk, who united the local residents and successfully fought and drove the invaders out of Phuket. It took over 30 days for the defending troops of Phuket, under the command of Chan and Muk, to claim their victory. As a result of such heroic deeds, noble titles were granted to Chan and Muk as Thao Thep Kasattri and Thao Sri Soonthorn, respectively. They are still highly respected by Phuket residents even today. When the city was in a peaceful state, the development of mining was so unprecedented. Chinese businessmen and miners later migrated to Phuket and soon enjoy thriving wealth.

The island’s long history has shaped the Phuket of the present with its diverse ethnic groups, culture, architectural influence, and fine cuisine. These attributes have made Phuket a complete tourist destination that offers a lot more beyond its natural heritage of sea, sand, forest, and world-renowned diving sites. Sino-Portuguese architecture casts its spell delighting travellers to the city, while Phuket style of hospitality has never failed to impress visitors from all walks of life.

A number of exciting activities can be found on this island. In the early days of regional maritime trade, the cape of Phuket was locally referred to as Jung Ceylon, while locals called it Thalang, which evolved to be the name of the main town to the north of the island. As the perfect stopover sheltering traders from monsoons, Jung Ceylon welcomed merchants from India, Persia, Arabia, Burma, China, and also Siam. During the 16th century, the island was a popular trading port for tin.

Phuket has a large Chinese influence, so you will see many Chinese shrines and Chinese restaurants around the city. A Chinese Vegetarian Festival is held there every year. While the Chinese community is quite big, there are many other ethnicities bringing all their traditions and festivals from all over the world to Phuket.

Being a big island, Phuket is surrounded by many magnificent beaches such as Rawai, Patong, Karon, Kamala, Kata Yai, Kata Noi, and Mai Khao. Laem Phromthep Viewpoint is said to feature the most beautiful sunsets in Thailand.

It isn’t all just beaches though, there is also fantastic classical architecture such as the Goom Restaurant. That and the very welcome atmosphere and the famous Phuket nightlife, you can see why the island is a hotspot for tourists in Thailand.

– The beaches of the south coast are typically crowded, while the north is far more tranquil. 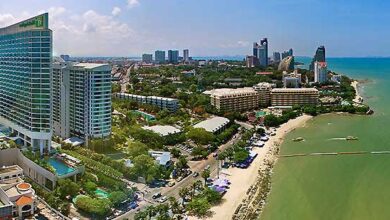 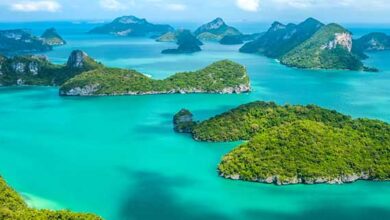 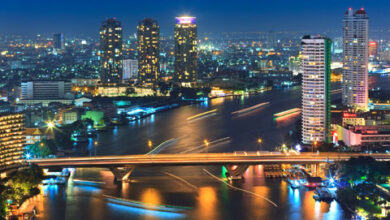 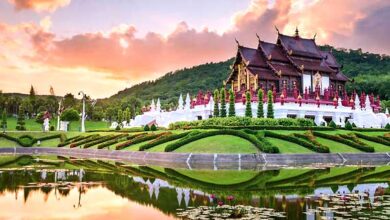