King Sanphet VIII or Suriyenthrathibodi of Ayutthaya is known for his fierce mind, hence the more-common name as the ‘Tiger King.’ As the 29th King of the Ban Phlu Luang Dynasty, he built a temple near a big Bodhi tree and named the place ‘Wat Pho Prathap Chang’ after his own birthplace. Now, this ancient temple amazingly retained its ancient, over the 300-year-old entity and no new additions were built to conceal the original works. It is a registered archaeological site of the Ayutthaya period. Apart from being a lived-in monastery, this ancient temple exudes mystical sacredness. The masterpiece Luangpho To is much revered and the place is a sacred ground that welcomes everyone.

Bueng Si Fai
This icon of Pichit is Thailand’s third largest freshwater reservoir. It is also a key fish-breeding facility of the Fishery Department. A great spot to watch the sunset.

Pichit Historical Park
Another significant landmark of Pichit, this historical park is actually located in the real ancient Pichit town that was built in the reign of King ‘Kotara Bong’ around the year 1058. Also featured is the province’s legends of Chalawan Cave from the literature ‘Krai Thong.’ 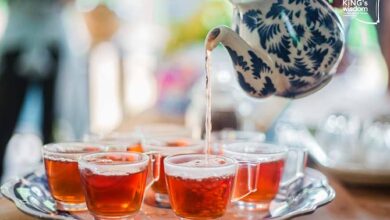